Hanna Wears
Home Travell Fall In Love With Oudenaarde: 8 Best Things To Do In Town,...

Oudenaarde is a wealthy rural town in the Flemish province of East Flanders, Belgium. It is located on the left bank of the river Scheldt (Linkeroever). Today, the mesmerizing town is adorned with gothic buildings that have been standing for hundreds of years, museums with tapestries, classical paintings, and archeological artifacts, and cyclists that weave through the streets.

If you type “things to do in Oudenaarde” on your search engine browser, you’ll be greeted by an advisory, saying it’s restricted to travel to this destination. However, we can present you with a couple of great reasons why you should visit the town after the pandemic era is over.

Check out these 8 best things to do in Oudenaarde.

No architecture geek can pass by the picturesque town hall at the end of the Markt plaza without being awestruck. The Oudenaarde town hall is one of the finest in the country. Built between 1526 and 1537, the impressive edifice is built in the secular Brabantine Gothic style. The perfectly boxy town hall is adorned with elaborate ornamentation, including dormers with golden gables and castle-like turrets.

The town hall is home to the Mou Museum, which showcases the town’s rich Medieval textile industry, and Oudenaarde’s tourist office.

2. Mou Museum is a must-visit spot for classic art buffs

The rear extension of the gothic town hall is a 14th-century cloth hall (Lakenhalle) which has been a witness to the town’s prosperous textile production through the years. Today, the cloth hall is home to the Mou Museum. It presents you with an immersive multimedia presentation on the millennia of local history.

The town is famed for its local weavers’ elaborate tapestries. Here, you can marvel at the town’s collection of 15 intricate, perfectly-preserved tapestries woven in Oudenaarde during the 16th and 17th centuries.

Aside from textiles, Mou Museum displays a priceless collection of silverware, since Oudenaarde was an important hub for silversmithing for hundreds of years. Love classical paintings of drunk people? The Mou Museum also showcases the works of Adriaen Brouwer (1605-1638), an Oudenaarde painter who is famous for his boozy tavern scenes.

Whether you’re stepping inside to worship or you’re in it for merely admiring the elaborate architecture, the churches in Oudenaarde are truly must-visit places.

Sint-Walburgakerk is a grandiose church located at the southwestern corner of Markt. The church was cobbled together from a chancel, which was a remnant from the 13th-century and a 15th-century Brabantine Gothic tower. Inside, guests will see a couple of paintings and tapestries.

The Pamelekerk is a 13th-century church built in the Scheldt Gothic style. The hallmarks of this style include an octagonal tower, triforium, ambulatory, clerestory, and the slim three-light windows.

Sint-Laurentiuskerk is an 11th-century church built in an Ottonian style. It’s one of the best examples of Romanesque religious architecture, constructed from blue-black Tournai limestone.

4. Tour the town on two wheels

While taking a scenic walk while taking photos of Instagram-worthy spots is great, sometimes we’d love to see more of the city in a faster, less tiring way. Cycling your way to discover the beauty of Oudenaarde is a must!

Do you love sports? If you’re booking your hotel accommodation in Oudenaarde in April, you may want to catch the Ronde van Vlaanderen (Tour of Flanders), an annual one-day road cycling race held in Belgium every spring. The professional cyclists run on grueling cobblestones and other challenging terrains.

6. Visit a museum dedicated to cycling

Whether you’re a fan of Ronde van Vlaanderen or you’re a cycling enthusiast in general, you may want to visit Centrum Ronde van Vlaanderen, a state-of-the-art museum. It features displays on the history of race and cycling, including cycling memorabilia, like jerseys, posters, and water bottles. , and there’s a pro shop with trail maps, books, and modern and retro gear.

7. Pay homage to the late laywomen of Begijnhof Oudenaarde

Like other Flemish cities, Oudenaarde also has a historic beguinage, a community for lay religious women. Begijnhof Oudenaarde is a UNESCO listed beguinage, which has stood at the current location since the 15th century.

Just to give you a bit of history: The beguines lived in the quaint whitewashed houses dating from the 17th to the early 20th century. The last of the Oudenaarde’s beguines passed away in 1960.

Among the oldest operating breweries in Oudenaarde is Brouwerij Liefmans, with a history that dates back to the 17th century. The brewery situated near the Scheldt is renowned for its cherry-brewed Kriek-Brut, matured for 18 months.

Author Bio: Carmina Natividad is a daytime writer for Leopold Hotel Oudenaarde, a four-star boutique hotel in the city centre of Oudenaarde in the heart of the Flemish Ardennes. Since this free-spirited damsel loves to go on adventures, she’s got a lot to say about travel, dining, cultural enjoyment, and lifestyle. 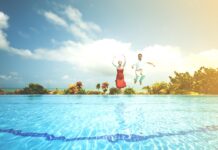 How to Make the Most Out of a Weekend in Milwaukee 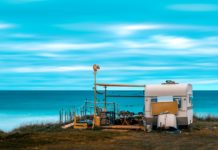 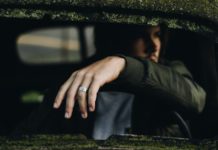