Hanna Wears
Home Casino What are the Best New Games of 2022?

During the pandemic, one industry that saw phenomenal grow was the digital gaming industry. From video and social media games to Everygame casino login online casino gaming,  revenues for digital gaming skyrocketed.

That’s not to say that the industry didn’t suffer during the pandemic. Many games that were already in the pipeline pre-COVID were delayed as some designers were sent to work remotely and others became ill. In addition, many retail stores closed which discouraged many customers from making new purchases.

Now however, the industry seems to be returning to its balance and is releasing new games almost weekly. There are a number of ambitious titles in the bunch, including new chapters of favored franchises, games based on popular media titles and games indie games.

Some of the best include:

There’s nothing Biblical about Lost Ark, a RPG that sends you into an exploration of the epic lore or Arkesia where you fight dark forces who are trying to harness the power of the Ark. The online multiplayer focuses on killing and building with treks through the Destroyer class where you prepare yourself for your enemies.

Lost Ark will be especially appealing to players who are looking for gameplay with plenty of meaningful content, with developer Smilegate promising new classes and more endgame content in the coming months.

The Steam-powered Tunic  is an action-adventure that deploys its own unique written language to entice, confuse and ultimately direct players towards its secrets. Tunic involves the small fox who sets out on an adventure to explore a land filled with ferocious monsters, ancient powers and lost legends. There’s a good bit of combat here including striking, parrying, blocking and dodging which must all be done to conquer the monsters.

As you move around the ruined land on which you are stranded you will encounter a wide range of tasks that include making your way through labyrinthine catacombs, fighting mighty bosses, discovering hidden treasures, unearthing secret puzzles and relics and collecting missing manual pages which contain hints to bring you to ultimate success.

Mike Mahardy of Polygon writes “its willingness to trust the player’s intelligence, patience, and most of all, thirst for discovery make it a masterful adventure in its own right.”

A Little To the Left

A Little To the Left is an indie puzzle game that has you stacking, organizing and sorting objects. Nothing too intense, just a relaxing and satisfying game to help you settle yourself after a long day. The game is powered by Steam and involves nothing more intense than creating a little order in your digital space by solving puzzles through the arrangement of objects into curious patterns. There are multiple solutions for these 7u5+ logical puzzles.

Tiny Tina’s Wonderlands, despite its misleading title, is an action role-playing first-person shooter game. Having said that, it’s important to point out that it’s also can be seen as a whimsical romp through RPG-inspired world. The original Tiny Tina story is tied to the Borderlands franchise – Boarderlands players first met Tiny Tina when she appeared as a 13-year-old who had a passion for blowing things up.

Now, in this new chaotic fantasy world that Tiny Tina has created, magic, bullets and broadswords collide as the character loots, shoots, casts and slashes her way through loot-filled dungeons and outlandish monsters in the quest to stop the tyrannical Dragon Lord.

Tiny Tina makes it easy for the player to enjoy helpful powers such as transversing a board-game style overworld, competing at the “Chaos Chamber” endgame and finding the way through the scattershot story. The entire storyline is unpredictable but that’s part of the charm here.

Despite coping with pandemic-related slowdowns and a sale to PlayStation, The Destiny franchise succeeded in coming out with Destiny 2: The Witch Queen with a long list of new elements that is giving gamers a run for their money. There are new weapons, new powers, a new glaive weapon archetype, new raids, exotic gears, weapon craftings and a new six-player gameplay  that will create big payoff for this massive experiment.

Playthrough of the 8 missions takes about 7-12 hours which gives you plenty of time to delve into Savathûn’s Throne World and uncover the mystery behind how she and her Lucent Hive were able to steal the Light while you wade through worlds that range from palaces to swamps.

Just when you thought that Pokémon had finally gone into retirement, the little character emerges again, this time in Pokémon Legends: Arceus which is the fifth and final Generation VIII core series game. Arceus transports you back into time to the Hisui region where you use your “arc phone” to seek out all Pokémon.

Pokémon and Hisuian forms populate the screen where characters attack, black out, flee throw and catch Poké balls and defend against alpha Pokémon. There are plenty of actions to keep everyone on their toes including abilities to crouch, roll, throw items, ride on Pokémon, jump, gather mineral deposits and items from trees and fall from heights.

One of the biggest game changers is that Pokémon can now disobey, making actions and reactions more unpredictable than ever.

The Horizon Forbidden West action role-playing game is a sequel to the popular Horizon Zero Dawn which introduced protagonist Aloy. Now, in Forbidden West, Aloy moves west to America’s frontier to face new threats and machines. This is a far-future, post-apocalyptic world in which exploration has also been moved to underwater regions.

There’s freeform climbing, the Valor Surge system and tools such as the Pullcaster, Diving Mask, Focus Scanner and Shieldwing. Despite the sci fi theme, Horizon Forbidden West’s storyline owes much to Greek mythology and its vision of a world in which female power can reign supreme. 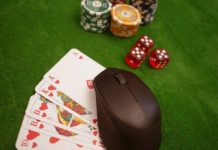 How To Keep Your Gambling Confidential 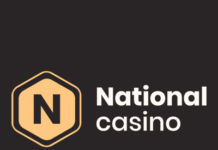 How to Find the Top Online Casino Accepting Ezeewallet 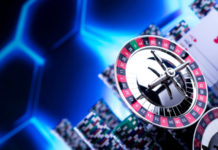 Best Casinos in the World Players Should Visit