Hello friends how are you? Hope you are well. Today I will discus about a famous actress’s skin care rutine. I am talking about Kriti Sanon.  Whom we have seen starring in many popular Bollywood  movies.  She a beautifull actress with cute looks. Many of her followers have asked for share her Daily routine. So in an Interview Kriti Sanon share her Daily rutine. Please read the wole article you wants to know about her Daily rutine.

This is Kriti Sanon and today I’m going to be talking about my lifestyle and what I do to stay fit. Yes, pretty much but I can’t eat anything to any extent so you know everyone has those body areas where you sort of put on the first and where you lose the last sometimes which is annoying. So I think if I go too overboard and I just hog and eat whatever I want then I start gaining a little bit but as soon as I do I sort of realize and then I just control myself.

So morning rituals.I think just having a glass of water sometimes with lemon, sometimes with honey depending on what I feel like. And.. for the skin, I think just when you wake up I don’t want to put too much on my skin so I just probably use a mild cleanser and I just clean my face and that’s about it. I think I am like a regular girl so a lot of you you know, who just probably eat a lot of Ghar ka khana and whatever are going to relate with me a lot. I usually have.. usually have either a boiled egg with some bread butter and either coffee or tea, these days I’m having only black coffee. And, I have..there are days when I don’t feel like having egg and I’m sick of it you know, there are days where I sort of make like, mix a little bit of diet mayo or something in the boiled egg with chopped pieces and have it in, like a sandwich. And there are days when I feel like having a paratha and I have like you know what we in Punjabi call namak-ajwain ka paratha so I have that with butter.

I love butter so that is my breakfast usually. Lunch is usually rice with either chicken curry or I love like Rajma Chawal or sometimes dal chawal with some vegetables along with it, that’s usually about it. and that’s pretty much dinner, either or. I usually don’t like having non-veg both the times so I try and balance it and sometimes when I’m feeling too heavy or I need to sort of cut down and manage my weight and stuff then I sometimes also like having like a nice soup. Either like a sweet corn with like a lot of vegetables or even tomato soup or even a chicken soup for that matter with a very light sandwich or something. I’m very bad at all this ya, I think you’re talking to the wrong person but it depends. I sleep kind of late so around 9-9:30 and if I feel like munching if I’m up till very late then I’m like you who goes to the fridge and finds whatever she gets and just has it. I’m somewhere in the middle so I think I can’t wake up too late so I think usually max by 1-1:30 I’m off to sleep if I’m out partying ya it gets a little later but I get up at like around 8:30-9 usually. 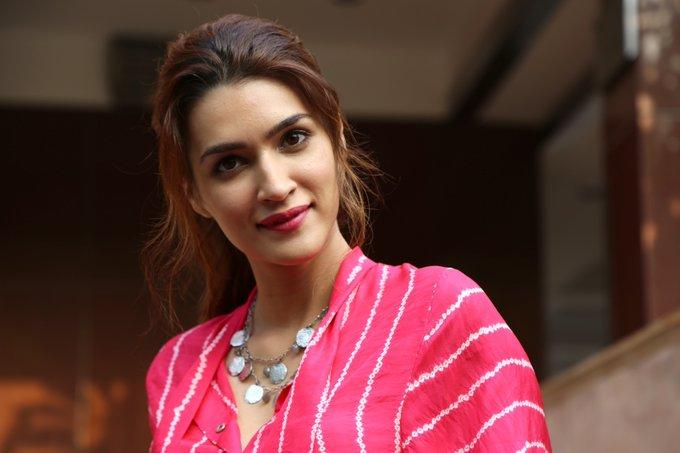 So I, on days when I can, on days when I don’t have early morning shoots or something then I sort of like having my 8-hour sleep and there are so many days when you really can’t or you have a hectic day or your schedule sort of I don’t think you can really follow one schedule because you’re having night shoot or you’re having day shoot and sometimes you’re just getting up at 4 am or 5 am and there are times when you’re sleeping at 5 or 6 am so yeah, that’s the life. I love Mughlai, North Indian and I love Chinese. I usually prefer working out in the first half of the day which is a post like say an hour of my breakfast which comes out to be around like 11, 11:30, or max 12 is when I usually workout.

Sometimes if I have work in the day or I’ve slept late and I’ve not got a good sleep then I workout in the evening. I think whatever works for your body in terms of having good energy, that should be your time. and whenever you feel more active, it should be your time of workout I think I usually mix a little bit of weight training with sometimes pilates and sometimes if I just feel like doing home Yoga on like a mat or like mat exercises which don’t really require you to hold a lot of weights but there are a lot of exercises that you can do on a plain Yoga mat and they help you sort of get your core strength and your balance right and also stretch a lot of your muscles.

So if I have a film shoot or say any other shoot coming up where there’s a lot of skin showing or midriff showing I think I sort of I am one of those people who puts on on her lower abdomen which sort of look ridiculous even if it’s like just a little bit but I think there are ways to cut that down there are ways to sort of get back in shape in those few days and I think I sort of go on a slightly low carb and high protein diet. I change, I swap my rice with quinoa and I have a little more protein and less of bread and my night meals are usually very light then I would have liked some chicken pieces with probably some soup and that’s about it. And of course, those are the days when I..I’m not usually a cardio person I don’t do cardio usually but if I really feel like I have to be in a particular shape for a film where there is a lot of skin showing then I workout twice at times which is just like 45mins of a fast brisk walk or some kind of cardio and my usual weight training, that goes on. When you don’t have a proper diet you don’t have cheat meals. So for me actually I kind of binge into anything and everything when I feel like if I don’t have anything particular coming ahead that I have to be fit for I eat everything practically whether it’s a gulab jamun or it’s a chocolate or a cake or whatever but I love having sweets in general and yeah those are pretty much my cheat meals or sometimes if I feel like having a pizza or a burger then that. 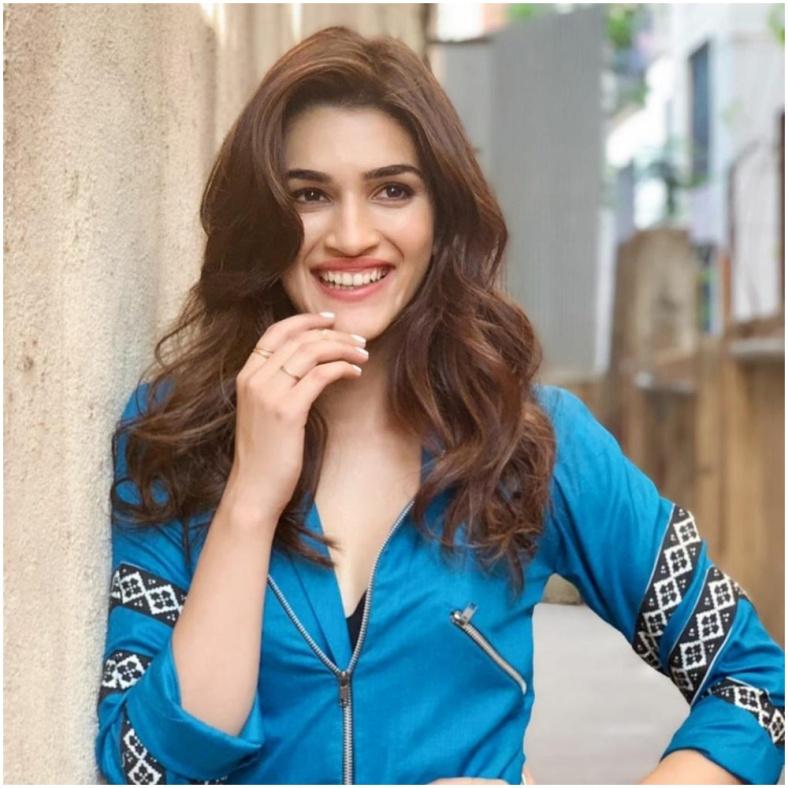 I don’t think I have ever tried a crazy diet but I have seen a lot of people trying crazy diets. For me, I think the craziest has been I’ve when I’ve just had no cheat meals and no carbs. Maybe like a few carbs only in the breakfast which I’m not used to I love having bread, I love having butter in general so having quinoa and having salads, salads I hate oh my God So having salads for meals was something I never thought I would do but I have done it for a role, and, but I’ve seen people having like, going on those liquid diets which are depressing and then I think they don’t realize but people who actually suffer are people around them because you get cranky when you’re not having carbs at all when you’re not eating properly and you’re only taking liquids. So yeah, but hats off to them who can do it, I don’t think I can. The secret?

I think the little bit I would say genes and the rest I guess just taking care of your skin is very very important especially in the profession that we are in there you’re exposed to sun, you are exposed to lights you are exposed to a lot of makeup all the time. So I do make sure that I clean my face with a good cleanser, I do make sure I moisturize properly, I moisturize a lot especially at the night, I like using a few oils on and off. I like lavender oil, there are oils from Kiehl’s which are really good. So I like hydrating my skin, also it’s very important to keep having water and it’s important to use a sunscreen, I think that one of the most important things, something that I sort of swear by and I never step out without a sunscreen on my face. I think we don’t really realize how much damage the sun does to our skin and that damage is visible only after a few years when you can’t really do anything about it. So that and apart from that I feel in terms of makeup just less is more just let your skin breathe when you can Don’t put too much makeup on your face and see what brand like really suits you and just have minimal makeup on your face. So if you guys enjoyed some of the tips that I just gave.

If You wants to know more about Bollywood actress lifestyle, biography, struggling you can visit famous biography

Yashhttps://stylecluse.com/
I am working in digital marketing .Now a days Online platform is best to increase your business. So i can help you out with this.

In 2016, policymaker Stephen K. Bannon was one of the creators of the far-right political platform Breitbart. As an influential member of...
Read more
Health

All calories are not made equal; Why some calories turn on your fat – gaining hormones.

Dr. Stephen Petteruti, a board-certified family and obesity specialist discusses that not all calories are treated the same by the body. It...
Read more
lifestyle

Have you guys ever bought anything from a foreign online flower or cake delivery ?How is the experience on these shops? Today...
Read more
Technology

With the Instagram follower generator, you can get followers without polls, verification, or bots. Just type in your username and get followers....
Read more
General

Introduction Research shows that your phone may be full of germs and filthier than you think. According to...
Read more
Education

Most students face a major amount of stress that has a significant effect on health, happiness, and grades. While in stress and...
Read more
General

How to win at online betting?

Many people are losing their jobs and companies in the pandemic situation Coronavirus. That's why people choose to earn online cash. Online...
Read more
Technology

What kinds of videos can be watched online

It’s always great to meet up with your friends or family and hide out on the couch to watch a movie, film,...
Read more

With the Instagram follower generator, you can...
Read more
General