The imprints of History are revived each and every time you lay your eyes on it or touch it. Alabama, a Southeastern state in the U.S. is enriched with American History.

It’s home to Civil Rights, museums, monuments, historical places, and more. This includes some of the most common places like Sixteenth Street Baptist Church in Birmingham, National Memorial for Justice and Peace and Selma’s Voting Rights Museum, and more.

Moreover, Alabama is culturally rich, where tourists see the birthplace and creative work area of popular musicians like W.C. Handy and more.

Along with Museums and Churches, Alabama offers serenity and beauty with nature parks and reserves for the travel buff in you.

Top 5 things you should see in Alabama

Gulf State Park in Gulf Shores is the most popular destination for both day-trippers as well as for camper. The place includes things like sandy beaches, guided nature walks, animal encounters, fishing, and more.

You may also encounter events like educational programs organized by rangers, naturalists, and more. Just make a visit to the nearby shopping malls in Alabama to buy clothes for such events. You can also enjoy recreational activities like tennis courts, horseshoes, volleyball, and a swimming pool having splash pad like bicycle, paddleboard rentals, Segway tours, and kayak.

To honor the men and women who served in World War 2, the people of Alabama raised funds for the USS Alabama Memorial. The memorial features Submarine and fighter planes. Korean and Vietnam War memorials are also included.

The place is also home to USS Drum, which was a submarine that is used during the Second World War. There are other various aircraft like A-12 Black Bird spy plane, B-52 bomber as well as other equipment like weapons and tanks of the military.

There’s an impressive Rocket Park consisting of 27 rockets and missiles as well as other gigantic launch vehicles at the display. There are other impressive places for kids where they can feel themselves being on Mars and can enjoy in the space station.

The Birmingham Civil Rights Institute gives an in-depth view of the Civil Rights Movement that occurred in 1960 in Birmingham and U.S. The place features permanent and temporary monuments on different topics varying from segregation to violent conflicts.

The place is situated at the corner of Sixteenth Street and Sixth Avenue North, making part of Birmingham Civil Rights District. Another landmark of the place includes the Fourth Avenue Business District, Kelly Ingram Park, and Carver Theater, one of the most popular USA shopping malls, etc.

Situated along the Gulf of Mexico, Mobile Bay is the most scenic place on the Alabama coastline. The area has lots of beaches and historical sites that attract tourists from all over the country.

There’s historic Fort Gaines, which is established in the 1800s, freshwater lake as well the kid’s favorite Audubon Bird sanctuary.

So this completes the list; if you are going to visit anytime soon, keep the above places on your bucket-list and enjoy your trip. 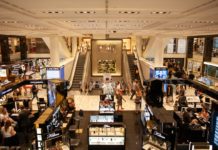 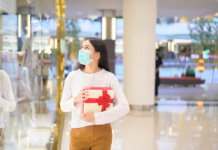 Shopping Tips: How to Make the Holidays More Affordable 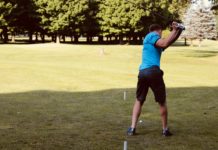