The biggest names in history probably had no idea they would be at the time. All Slots Casino probably just thought it was competing against Some Slots Casino. Grandpappy Tolkien probably had no idea what he was starting when he released his magnum opus, “The Lord of the Rings”. Inspired by the works of his predecessors, like Beowolf and Shakespeare, Tolkien’s trilogy became the inspiration for millions of fantasy novels to come.

Another author who stood on the shoulder of this giant, who perhaps defined what the Epic Fantasy genre was to become, was Robert Jordan with his fourteen novels long fantasy epic, “Wheel of Time”. I have now read ALL fourteen novels from start to finish, and I figured it’s high time I throw out my two cents on the series. Is Robert Jordan’s epic a worthy spiritual successor to Tolkien’s work, or is it just overhyped by the fanbase?

Well, short answer: Mostly, yes! But as with the series itself, nothing can be left that short.

Wheel of Time is a massive series that contains over two thousand named characters, with the most important of them being Rand, Mat, Perrin, and Nynaeve, Egwene. They’re living out their lives as humble farmers and craftsmen in a middle-of-nowhere village known as Edmonds Field when a sorceress named Moraine turns up, tells Rand, Mat, and Perrin that they are Taveren (Read: The plot bends around their needs), and that one of them might even be “The Dragon Reborn”- a rare male who possesses magical powers, who is destined to bring the world to its knees in order to save it.

The three of them balk at the idea of leaving their home behind. They, like most reasonable citizens, don’t trust the strange sorceresses known as “Aes Sedai”, who purposefully go out of their way to put on an enigmatic air of authority, haughtiness, and danger. A lot of them are just straight-up a**h*les too.

After a horde of monsters raid the village looking for potential Taveren, Moraine whisks the three men away, with Egwene and Nynaeve in tow, to become Aes Sedai themselves. And so begins the fourteen novel-long adventure that will push each of these characters to their limits, bequeath them with powers imagined, and, potentially, save the entirety of reality from the Dark One- the primordial manifestation of evil, ruin, and death.

Let’s start with Wheel of Time’s greatest strength: The world of the Randlands (which is the closest thing to a name this planet has to an official name, hilariously enough) is chock full of nations, factions, cultures, accents, cities and locales, each varied and interesting with their own agendas and ideologies.

Every piece fits within the setting and feels as if it belongs- aside from the goofy fan-given name of “The Randlands”, which seems a strange oversight in a setting that has basically everything else you could ever possibly want to know written out in explicit detail.

Of course, there’s the fan theory that the planet is actually Earth, at some point in Earth’s distant past or future or both (because of the cyclical nature of time in this universe).

Everything is fleshed out in copious amounts of detail. There’s the soft magic system, which can be broken down into the male Saidin and the female Saidar, and the evil True Power. There are the Aes Sedai “witches” who live in the city of Tar Valon, in the White Tower, who are divided internally into color-coded School Houses- I mean power rangers- I mean Ajahs.

There’s the lore that dates back literally thousands of years into the past, or possibly more, with characters who have lived since those periods, ancient weapons, and technologies that have long since been forgotten to time.

The sheer scale of the Wheel of Time is exactly what one should imagine when they think of “epic fantasy”.

I’ve wobbled back and forth regarding how much I like the various characters, but overall now that I’ve finished with the series, I’m very satisfied with how all of their arcs (except for one) played out. And in a novel with literally thousands of characters, that’s pretty damn impressive.

Out of the main cast, while I initially disliked both Rand and Mat, this is a problem that gets resolved over the first couple of books. They both spend a majority of the first book actively trying to remove themselves from the main plot to an almost absurd degree, and it gets annoying fast.

They both drastically improve over the course of the series, though. Nynaeve and Egwene go through almost the exact same thing, where they both have to accept that, yes, they can do magic, and, yes, they have to participate in the plot.

When I did an initial halfway review for this series, I said that the relationships of the Wheel of Time are probably its biggest weakness. And you know what? I still think that’s the case. Characters decide that they hold eternal love for one another at the drop of a dime, even when those two characters have literally never talked to one another before.

Rand, Egwene, Nynaeve, AND Moraine all end up in relationships with this problem. Chemistry is basically non-existent. Rand spends most of the series brooding, so how his love interests ever fell in love with him, I have no idea (it feels eerily close to the harem-anime protagonist syndrome).

Ironically, the only character that gets the relationship with their love interest actually built up beforehand is Mat’s- the trickster prefers to sleep around then get into an actual relationship- and HIS love interest never even confirms she loves him!

The villains each get their own quirks, although only a couple of them are actually compelling. They also have a penchant for dying extremely vague deaths, which left me as a reader going, “wait- what just happened? Is it over? What?”

Sometimes, the characters aren’t killed and somehow manage to escape. Other times they were killed, only to be brought back by The Dark One and returned to a new body. Other times, it’s left really unclear, and even now that I’m done with the series, I’m unsure of what happened in certain parts.

As a side note, I have had to Google multiple villain deaths (CoughAsmodeanCough) to understand what the heck happened- which is NOT a good thing. Keeping things mysterious is one thing- leaving your reader confused and frustrated is another. Although reading through the wiki makes me think that I should just re-read the chapters again and that I missed some obvious stuff instead of any fault of the writing…

At the end of the day, you end up rooting for the good guys, booing the bad guys, and have your heartstrings pulled as characters are broken, divided, and built up again. In a novel with so many characters, it’s incredible that they all manage to feel distinct, and that’s no small feat.

The second biggest problem Wheel of Time has is its pacing. Book 3 is an epic race against time as Rand goes absolutely crazy, with everyone else sprinting to keep up with him, and ends with a crazy mind-boggling duel with characters chasing one another through various realities ala Dr. Strange.

However, books 4 – 9 slow to a snail’s pace, with a lot of them ending with Rand arbitrarily deciding that it’s time to go fight one of the bad guys. Things pick up towards the end of book 9 and the start of 10 when Robert Jordan realizes that he needs to start closing up some plot threads and kills off a bunch of side characters- and that’s when Wheel of Time really starts to get good again.

While there are lots of parts I don’t like about the series, the bottom line is that Wheel of Time is a must-read for epic fantasy fans. At the same time, I find it hard to recommend the series because of its serious saggy-middle syndrome. Books 1 – 3 are great, books 4 – 9 are eh to bleh, and books 10 – 14 are great again. How can I recommend a series where nearly half the series isn’t all that good?

But on the other hand, there’s so much good I could gush about! The magic system, the magic items/artifacts, the characters and world, and the climactic finale that pulls no punches and ties up every remaining plot thread. I have my gripes, but agh- it could not have ended better, and I’m so happy about that.

EPIC – There is no other word that better describes Wheel of Time, and it remains one of the only series I have ever read that deserves it. 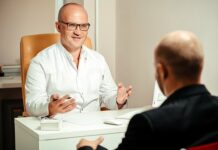 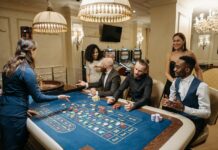 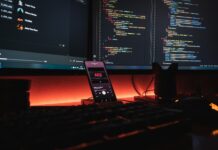