Phenomenal and Mesmerised Performances in Cinema and Television

Being the world enormous Film and television industry, it built an archive.

Spotlight and Screen are the two most magnetized things which fascinate every age club from child to teenage along with the oldies. The performance which left its footprint not solely in the heart but in the soul is the acting consist of drama, emotion, action, suspense, thriller and horror.

In films, songs which strengthen and smoothen the story, gestures of millions of emotions reveal the ability of the artist by dancing and singing. Climax indulges the audience, enforcing them to stay suspicious are the various segments which demonstrate the talent on the screen.

Amitab Bachhan as BIG B, acclaimed as an actor of the millennium, the benchmark of the acting. Archives himself in the pinnacle of acting, through his spectacular and peculiar performance, controlled millions of hearts as evidenced by his injury during Coolie shooting when millions of fans awaited desperately outside the hospital.

He renowned himself in the Television industry by KBC ‘Kon Banega Crorepati’ achieved tremendous success in Indian television. Some of his accomplishments include National Film Awards in Piku, Black, Agnipatand Paa. In 2018, felicitated by DadaSaheb Phalke Award.

Dilip Kumar, the marvellous actor for the generations, hailed as the Tragedy King because of his climactic performances. His versatility evinced through the great epic Mughal-e-Azam as Salim, Devdas as jilted hooded Dev. His acting is so vigorous and intense that people are convinced to embrace and gist, they portray themself too. Young generation inspired by his excellence in Mashaal, Kranti, Shakti, Saudagar and Karma, his role inculcated numerous veiled social and ethical advice in his performances. He is the sole to receive the highest civilian award of Pakistan

Om Puri,  One of the most versatile actors of Indian Cinema, graduate from Films and Television Institute of India(FTII) and the National School of Drama(NSD) initiates his career life from the stage. Honoured with National Award for his Ardh Satya. His excellence is illustrated through the distinct roles played by him such as Dharavi, Mirch Masala, Maqbool and Maachis. His excellence thrives immensely through his work, intense acting and is exemplary for the youngsters.

Naseeruddin Shah, the veteran personality of the glamorous world, organised a theatre group and their first play was Samuel Beckett’s Waiting for Godot. He portrayed Mirch Masala, A Wednesday Sarfarosh etc. Through his extraordinary dynamic skilful acting being one of the most exceptional actors Indian cinema ever had. His acting career was the most exemplification for the one who dreams for the silver screen, spotlight and glamorous world.

Pankaj Kapoor, the finest Indian screen actors who lived the phase form generation such as Office Office, Ek Doctor ki Maut and Maqbool are his specimens. His Musadilal was an epic, he resuscitates that character in Television history.

Shahrukh Khan, the King of Bollywood initially started his career as a theatre actor from Barry John School and Theatre action group. He started working from Circus on television through TV he got the thrive subsequently his careers attained immense success with exemplary renown, the King of Romance demonstrates the intense affection, emotions in an incredible way by which millions of hearts follow him, influence and desire him.

Irrfan Khan initiates a new inclination in Indian Cinema as an ordinary personality only because of intense acting skills and extra dynamic talent exemplary from his every performance. He took diploma from National School of Drama and worked for several Theatre and Television, because of the laborious endeavours he attains International prominence and prosperity.

Alok Nath hailed as Babuji, his extensive and profound performance provides him with an identity. His character signifies the moral etiquettes in the family, the figure of unity, benevolence were preached and inculcated through his performances. Worked for numerous television serials and films cherishing long silver screen journeys with honour and respect.

Indian Television and Cinema is designated as world largest and flourishing globally by her veteran performers not only in Bollywood but in Hollywood too. The most prevalent element is the theatre, the drama being the foundation of excellence, Barry John Acting Studio one of the finest and eminent drama schools in India providing wings to the youngsters for the accomplishment of their ambitions. How to choose Good Mermaid Names 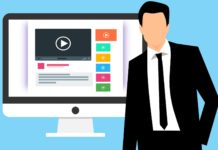 Everything to know about online movie streaming 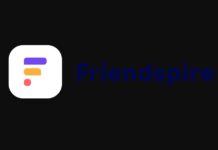 Friendspire: Reviews You Can Trust