Hanna Wears
Home AUTOMOTIVE E-bikes: A Step Towards a Greener and Better Life

Even though the transition to electric vehicles receives more media attention, electric bicycles will usher in the revival of two-wheelers soon. E-bikes are rapidly gaining popularity for a good reason, provide a more extended range and more uncomplicated commutes than gas-powered scooters, motorbikes, and automobiles.

Electric bikes may be the future mode of transportation for those who live in urban areas. Their many features and advantages make them an appealing alternative for college students, local commuters, and anybody looking to get some exercise while travelling from point A to point B. Not to mention that it is a more cost-effective and environmentally friendly alternative to fossil-fuel-powered transportation.

What exactly is an e-Bike?

An electric bike is a normal bicycle that has been built with a motor that gives a boost, often known as pedal aid when the rider pedals. When riding over rugged terrain, pulling heavy loads, or travelling long miles, having that additional electric push may be beneficial. E-bikes may be customised like traditional pedal cycles, with wider tyres, cargo trailers, racks, and baskets.

Some individuals may believe that since the bike is electric and requires less effort to pedal, it is not a legitimate exercise. According to research, those who ride electric bikes get almost as much exercise as those who ride mountain bikes without feeling like they’ve completed a strenuous exercise session. The reality is that, even with pedal aid, cyclists must still pedal, which results in calorie expenditure. There are several benefits to this kind of cardiovascular exercise, including developing endurance and muscle.

It is less challenging to bike.

Riders benefit from the use of pedal assist. The smoother ride reduces stress on joints and is especially beneficial while riding up hills, down slopes, or across rocky terrain. You can also ride with more power and accuracy than you would on a standard bike. Furthermore, it encourages individuals who would otherwise be unable to ride cycles due to bodily aches and difficulties. Moreover, you will be able to bike for extended periods without being physically exhausted.

E-bikes make riding more accessible, and individuals are more willing to do so since it is less demanding, resulting in a workout that is comparable to regular biking. Riding an e-bike may help folks who lead a sedentary lifestyle to get out and about in the fresh air and scenery. Exercising, changing the landscape, and breathing in some fresh air may boost mood, decrease stress, promote a more restful night’s sleep, and enhance productivity.

An excellent alternative to automobiles

The use of electric bikes is ideal for travelling to work and doing errands in a short amount of time. Because it is categorised as a bicycle, you may ride it on sidewalks and in bike lanes in many places and through parks and across fields. When you use alternate modes of transportation to get to your location, your journey will be shorter than driving in traffic. When individuals ride their e-bikes instead of driving, they reduce gas consumption and pollutants, contributing to improved air quality and the preservation of the environment.

Most bikers go at 10 to 12 miles per hour, but an e-bike may reach speeds of up to 20 miles per hour. E-bikes enable you to reach your destination more quickly than you would with a traditional bicycle. It is not true that e-bikes are any more hazardous than ordinary bicycles. E-bikes are generally considered to be safer than ordinary bicycles since they allow you to accelerate quickly to get out of the line of traffic and go at greater speeds to keep up with it. 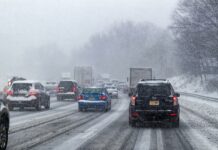 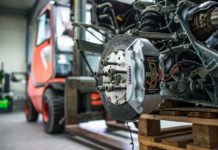 4 Aftermarket Car Parts for your Toyota The Reason Why Everyone Love Lexus Dealership Kansas City.