The “Season – 3” of Demon Slayer, or Kimsetsu No Yaiba, has, indeed, been confirmed – and it’s been done pretty quickly as well.

However, do you know what you’ll witness in the new season of this ever-so-popular?

Well, don’t worry! In this article, we will be describing everything (and more!) you need to know about the “Swordsmith Village Arc” of Demon Slayer.

So, make sure to keep your eyes peeled till the end!

Looking Back At The Season – 2: Entertainment District Arc

Demon Slayer: Season – 2: The Entertainment District Arc was, in essence, a banger. It had everything that a shonen fan could hope for.

The visuals were eye-catching, the story adaptation was sublime, and, obviously, the voice acting was unparalleled. Finally, the music of the series, as it has always been, was again on-point, especially during the vibrant fight scenes.

Fans, (including us, of course!) were pretty excited about this season – and, Ufotable delivered in accordance to it.

Also, the ending, unlike Mugen Train Arc, was pretty cheerful, although this is probably the last time we’ll be seeing our favorite Sound Hashira, Tengen Uzui. However, spoiler alert, he’s still alive and thriving – which is more than we could ask.

In any case, we’re not going to talk about this season anymore. If you want to get updated, make sure to download the same from the pirate bay and watch it today!

Otherwise, you’ll miss out on something exceptional.

What Is The New Season All About?

The “Third Season” of Demon Slayer – we all knew that it was coming. However, we don’t think anyone expected it to be announced this early.

To give you some context, Ufotable announced the new season right after releasing the 11th or the final episode of “Season 2.”

They did it in style, though.

During the launch event, we saw a 40-second video getting released on YouTube, which suggested the arrival of the Swordsmith Village Arc.

According to the teaser (and the manga), we will see the Love Hashira and the Wind Hashira going on a quest together – alongside our favorite trio, Inosuke, Zenitsu, and Tanjiro!

It’s going to be yet another action-packed series – trust us.

The Release Date – What Do We Know About It?

Well, we’re sorry, but Ufotable is yet to share any concrete information in this aspect. The teaser trailer only shared information about the season’s storyline, and that’s that.

However, considering the trend, we are expecting the Swordsmith Arc to come out during the Spring of 2023. It’s been that way since the beginning.

But, what about the number of episodes?

Well, like the Entertainment District Arc, this one is pretty short as well. Therefore, we’re expecting a similar 11-episode venture for this season.

Nonetheless, we’d love it if Ufotable extends the number of episodes to show anime-original scenes to quench our thirst a little more.

As of now, we have addressed the common concerns of every anime fan. However, in this section, we’ll look towards some specific questions that you may have in your mind.

Q1: Will There Be A Season 4 Of Demon Slayer?

In our opinion, yes, there’s still enough content available in the manga to create more than one season of Demon Slayer. However, as with anything else, it will solely depend on the success and revenue generation of Season 3.

Q2: What Is The Next Demon Slayer Arc?

As mentioned before, the next season of Demon Salyer will be based on the Swordsmith Village Arc. It will cover the chapters from 98 to 127 in the manga. Due to being short and concise, we’re expecting it to be as lengthy as Season 2.

Q3: Who Is The Strongest Hashira In Demon Slayer?

Gyomei Himejima, the Stone Hashira, is the strongest of them, both in terms of pure strength and skillset. However, the Wind Hashira, Sanemi, is a close second to him!

Wrapping It All Up!

At this point, this is all we know about the new season of Demon Slayer. Nonetheless, as we get more information regarding the same, we’ll keep adding it to our article. So, make sure to check back as often as possible! 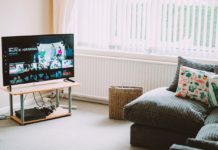 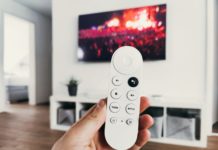